The Grabski Family I picked up at Eros Airport in Windhoek. a Beautiful family of 4 that haled from Germany. 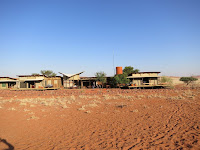 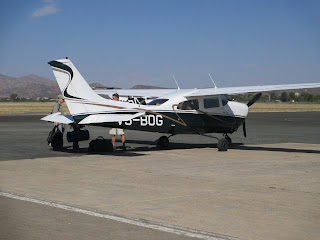 From Eros Airport we went to Wolwedans Lodge for the first two nights where the family upgraded to their own private villa. We didn't really talk much since we only new each other for a couple of minutes (and they mostly spoke German) On the second night i was invited to the private villa for dinner and i think then is where our great friendship started. 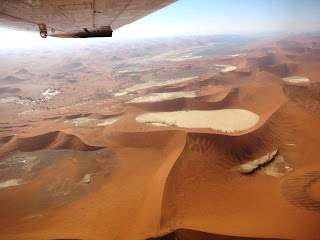 We sat around the camp fire with a ice cold Tafel Lager and talked about life and about Namibia,       how beautiful the country was and how much sand their is. The third day we had a short hop from Wolwedans to Sossusvlei Lodge where spent another two nights. For anyone who haven't been, it is a must see. Since Sossusvlei Lodge is the closest to Sossusvlei, every morning is a drive to see the Big Daddy, Big Momma, and of course the Deadvlei. 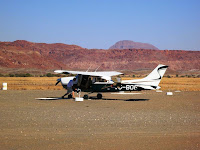 We took a Scenic Flight from Sossusvlei towards the coastline, passing over Sossusvlei to give them a view of the highest moving sand dunes from the air. We went to Swakopmund for fuel and then went Damaraland and stayed in Mowani Mountain Camp.
Mowani is situated in the Twyfelfontyn region and also one the best lodges in the area. In the area the family found the Desert Adapted Elephants which is very rare and spectacular sight. 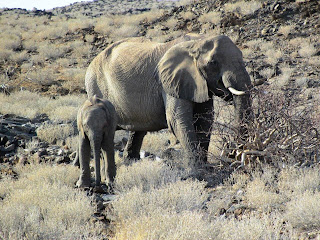 After staying at Mowani for two nights we left for Etosha National Park where we were about to stay for three nights. Staying at Ongava Lodge, after the first morning I received an unexpected wake up call 6 in the morning. One of my beloved passengers has fallen ill and needed to be rushed to the hospital immediately. Within one hour everything was set and organised and we were on our way back to Swakopmund to the nearest descent hospital where we received the bad news that he will be unable to rejoin the rest of the tour. 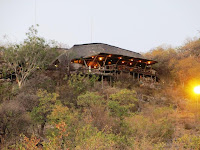 We stayed in Swakopmund for the night and returned to Etosha the following morning and continued the tour. Etosha is rich in wildlife and allot of Lions and Elephants were seen. Every night we would sit around the camp fire and just enjoy the view and the pleasure of each other's company.

After the three nights we were off to Caprivi, situated in the far North of Namibia very underpopulated, Caprivi is also rich in wildlife. Stretching from Hippos to Elephants, Crocodiles and Buffalo, Kudu and Oryx, Springbok and Impala. For me the Caprivi is the most beautiful part of Namibia. 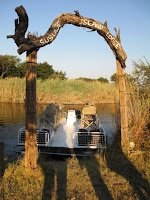 The first morning we went on a boat cruise on the Kwando River and was amazed by the amounts of bird life and Hippos on the river, and so close to our chalets. After cruising the river for about three hours we stopped next to the river all the staff had prepare us an exquisite breakfast right on the river bank. This was amazing. The amount of detail and effort that was put into it was fabulous. The rest of the day was enjoyed in the lodge with few beers, light wine and the sound of the river flowing past our chalet. 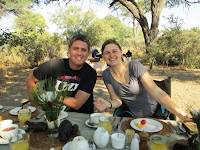 After two nights in Susuwe we had to leave for Namushasha Lodge, which was only a 30 minute drive by boat. At Namushasha it was time to relax. Enjoying the ice cold pool, watching the squirrels steel breakfast from the tables and again sitting by the camp fire and enjoying each other's company before heading back to Windhoek the next day.

The Grabski family was a once in a lifetime experience. Not only was it one of the greatest trips that I could enjoy with new friend, but hopefully its a friendship that will last for many years to come. 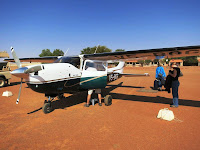 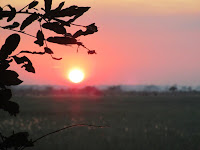 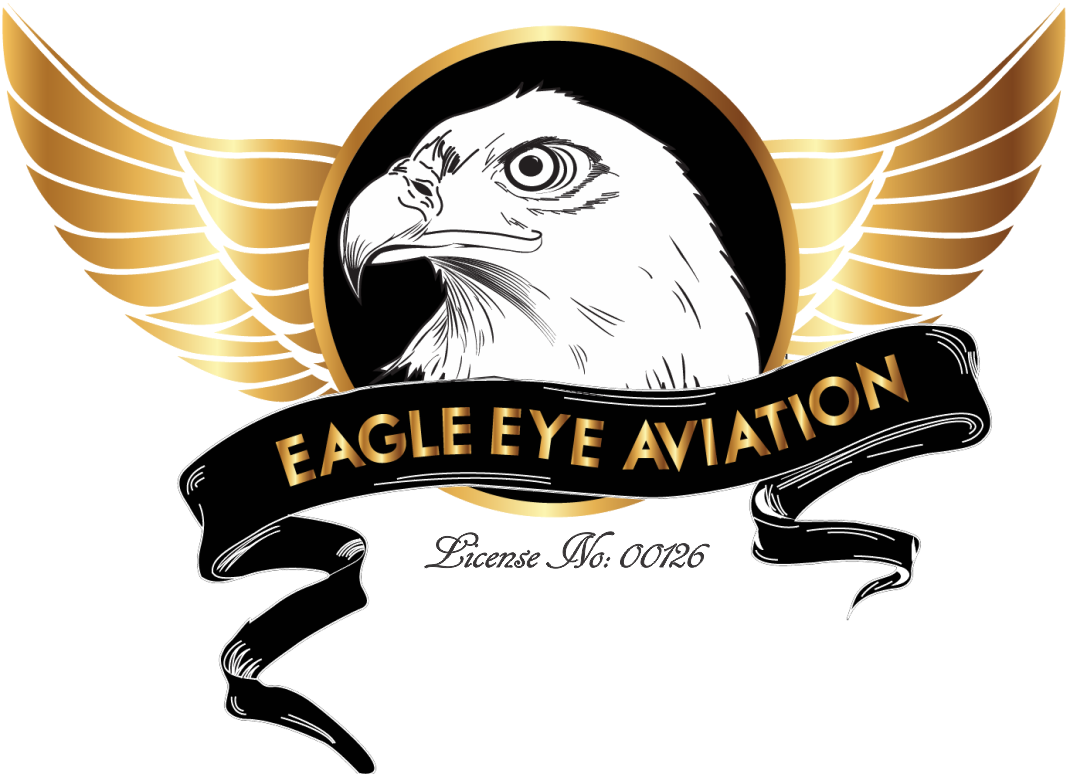